Specialized in protecting the human body during accidents

In 2008 Prof. Dr. Jac Wismans founded SAFETEQ, a consulting company in automotive safety in the Netherlands, after more than 30 years’ experience in several R&D and management positions at TNO in the Netherlands and as visiting Professor in vehicle safety at the Eindhoven University of Technology. 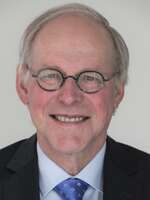 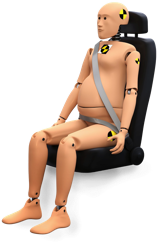 Jac Wismans is since 2008 owner of the company SAFETEQ in Son, The Netherlands (see www.safeteq.com), working as an independent consultant in the field of road safety and accident analyses. From 2007-2018 he was visiting Professor at Chalmers University, working in the field of, among others, computational human body models, safety of future vehicles and global road safety. From 2007-2009 he was Privat Dozent at Graz University of Technology in Austria. He was chairman of the Congress Technical Committee of the 2014 Fisita conference in Maastricht and chairman of EEVC Working Group 12 on Crash Dummies.

From 1978-2008 he worked at TNO in the Netherlands in different positions. He was appointed in 1996 as TNO Senior Research Fellow and from 1989-2007 he was part-time professor in vehicle safety at Eindhoven University of Technology in the Netherlands. At TNO he was amongst others responsible for the development of the crash analyses software package MADYMO, crash dummy research and the set-up of TNO offices in Japan, Korea and the USA. He was co-coordinator of the European Passive Safety Network (PSN) and the APROSYS Integrated Project. In 2004 he became Chief Technical Officer (CTO) of TNO Automotive Safety Solutions (TASS). His most recent role at TNO was managing the Competence Centre for automotive research (CCAR) in Eindhoven, a cooperation between Dutch universities, TNO and the automotive industry.

He received several awards including the US Government Award for Safety Engineering Excellence in 1991 and the Fisita 2017 Recognition of Service Award. He was a board member of IRCOBI and member of the Stapp Car Crash Conference Advisory Board and is author of numerous publications in the field of vehicle safety. He received his PhD degree from Eindhoven University of Technology in 1980.